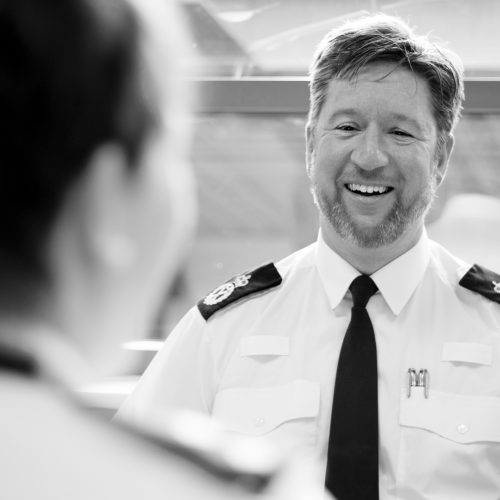 Simon Bailey has been a police officer for 29 years, serving predominantly as a detective in King’s Lynn and Norwich.

On 10 June 2013, Mr Bailey was temporarily promoted to the rank of Temporary Chief Constable and on the 19 September 2013 was appointed Chief Constable by the Police and Crime Panel. In January 2014 he became the National Police Chiefs Council lead for Child Protection and Investigation.

In January 2016, he was awarded the Queen’s Police Medal for Distinguished Service.

Beginning her career in 1993, Dana is an experienced Psychosexual and Relationship Therapist working in the NHS and privately. Dana is a RELATE trained Couples Counsellor and offers help to those with Relationship difficulties later specialising in psychosexual therapy. She receives and offers independent supervision to therapists, and ‘raise awareness’ workshops for health professionals. She supports and subscribes to the BASRT code of ethics and professional practice and a registered member of UKCP.

A Psychosexual Therapist working at Leger Clinic, a flagship service for all areas of sexual difficulties both medical and psychological, since 2001. She is an accredited member of The College of Sexual and Relationship Therapists (COSRT) and registered with UKCP. She is also a board member for the BSSM (British Society of Sexual Medicine). She is highly qualified in this field, working with the NHS and on a private basis.

A former Detective Sergeant who has recently retired from Gloucestershire Constabulary having gained significant recognition for outstanding achievement in the Child Protection and Safeguarding arena. Considered an expert in the field, he led the multi-agency Child Sexual Exploitation and Indecent Images of Children teams based in the Public Protection Bureau.

Nigel is passionate about educating and empowering anyone who is responsible for ensuring the ongoing protection of children and vulnerable adults, with experience of all aspects of criminal investigation, victim advocacy and multi-agency working.

He was very proud to have been awarded both the Queen’s Police Medal and the High Sheriff’s Award in recognition of Child Protection and Safeguarding work.

This is a widget ready area. Add some and they will appear here.